While you can use any short story to put on a readers’ theater, “The Little Red Hen” is a great story for introducing readers’ theater to your students. The predictable storyline and repetition also makes it a great way to engage struggling readers in the reading process.

Step One: Read the Story

Before putting on a readers’ theater, it helps to help students become familiar with the story. Read through or listen to The Little Red Hen with students so they learn about the characters and the plot of the story. 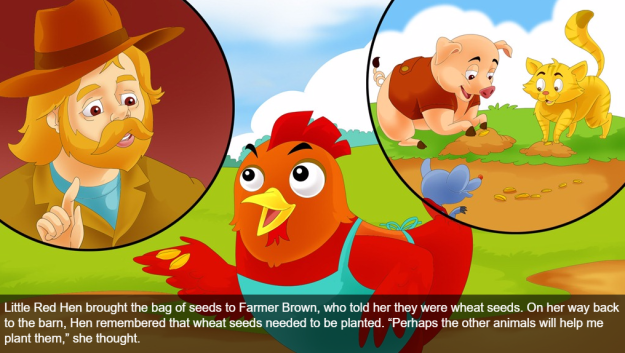 You can buy books full of readers’ theater scripts or download scripts from various websites, but it’s easiest just to create your own script. If you have older students, you may opt to have them write their own script. For the readers’ theater script, you can follow the story verbatim or add in your own twists.  For example, some changes you may make to “The Little Red Hen” include:

The script should be written in script format, with any details related to the setting included in italics or revealed by a narrator.

On a farm in Illinois

Little Red Hen: Oh, what a beautiful day it is. I think I’m going to bake some bread. Who will help me? 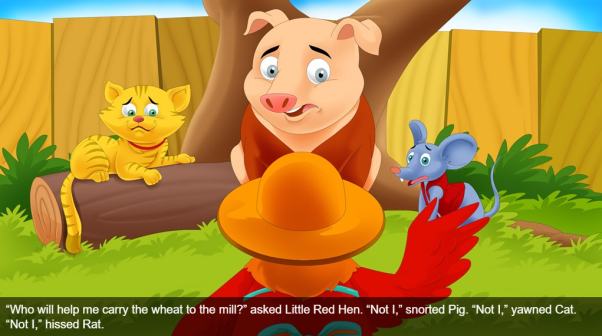 One reason readers’ theater is good for oral language skills and fluency is because students have time to practice their roles. Assign roles to students in the class and give them a chance to read over their lines. If students want to act out the readers’ theater beyond reading the lines, do some basic blocking and gather some simple costumes. For example, the animals could wear construction paper headbands with ears stapled to them or a brown piece of paper could serve as the loaf of bread.